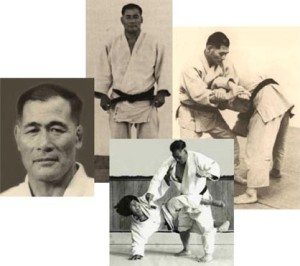 Brazilian Jiu Jitsu, also known as “BJJ”, is a sport based martial art that is mostly comprised of ground fighting techniques. It’s focus is very similar to it’s predecessor, Japanese Jujitsu, but with a modern day sense of application. Japanese Jujitsu was a hand-to-hand style that the Samurai would use on the battlefield in the event that they would become unarmed. It would often be the difference between life and death on the battlefield.

There are a handful of takedowns in modern Jiu Jitsu, but some, if not all, are adopted in from another key grappling art known as Judo. Brazilian Jiu Jitsu generally focuses on ground control techniques such as mat holds, large joint manipulation, and carotid artery chokes (blood flow restriction chokes). The seamless transitions that come with diligent training is also what makes the style so functional and dominating. Jiu Jitsu is inarguably among the top of the heap when it comes to affective styles out there. 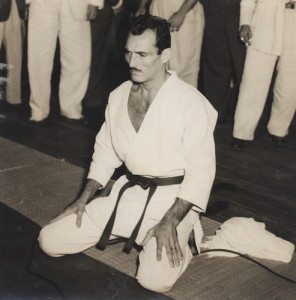 Gracie Jiu Jitsu is the “big brother” of Brazilian Jiu Jitsu. The difference between Gracie JJ and BJJ is not all that commonly understood; even by it’s practitioners. The difference, however, between the two styles is: Gracie Jiu Jitsu is a self defense style derived from Japanese JJ, created for street survival in Brazil, while Brazilian Jiu Jitsu is a sport based style that derives from Gracie JJ. Though sport BJJ can be and is sometimes used in real life self defense situations and organized mixed martial arts contests, it is in our strong belief that Gracie Jiu Jitsu is the style of choice when it comes to self defense training and full contact fighting (MMA). Sport Jiu Jitsu is in fact a highly affective martial art. It was more so created so that competitions and training could be held without the intimidating presence of striking, and injuries that would sure follow.

As mentioned earlier, Gracie JJ spawned from Japanese JJ, back in the early 1900’s. It was around 1914 that Mitsuyo Maeda of Japan, a student of Jigoro Kano, migrated to Brazil. As fate would have it, upon reaching Brazil, Master Maeda would be approached by the son of businessman Gastao Gracie after a demonstration. The son of Gastao, Carlos Gracie, was intrigued by Maedas demonstration of Judo/Jujitsu, and asked to be tutored. Master Maeda agreed, and Carlos’s training began, and was ongoing for a handful of years. Later, Carlos would teach his oldest and frail brother Helio the ways of Judo/Jiu Jitsu.

Helio Gracie, one of the sons of Gastao that was learning the ways of the Japanese, was often plagued with issues such as fatigue, a lack of flexibility, and even basic strength. He found the style of Japanese Jujitsu difficult, and physically challenging for him. He was often forced to deviate the techniques of Japanese JJ arsenal to fit his physical limitations. This, in addition to other elements, began the creation of Gracie Jiu Jitsu.

Jiu Jitsu meets the USA: It was around the 1980’s that Jiu Jitsu would make it’s way to American soil. This is very likely due to multiple US tourists taking a liking to the style during their time in Brazil, and encouraged Gracie JJ / Brazilian JJ instructors to migrate to America, where the style would undoubtedly thrive in time. Around 1990, it would do just that. That is when the Gracie family decided it was time to show the world what Gracie Jiu Jitsu was, and what better way to do it than to build a “no holds barred” promotion like the world has ever seen? [enter] the now elite promotion known as the UFC.

It was at this time that very talented Gracie Jiu Jitsu practitioner and family representative, Royce Gracie, would share with the world as to what their family’s style was all about. The style of Gracie Jiu Jitsu, and BJJ, was built on the core belief that “A smaller, weaker yet experienced Jiu Jitsu practitioner could defend themselves against, if not subdue, a larger, stronger opponent or threat that is less experienced”. After submitting some of the toughest fighters that the promotion could get there hands on, it was then that people around the world knew that they had to get their hands on this unbelievable fighting style.

Years later, hundreds upon thousands of men, women and children practice the art of Jiu Jitsu. It is one of the fastest-growing arts and sports in history. Unlike traditional styles, Jiu Jitsu has a unique evolution cycle that sharpens the arts techniques daily via “live rolling”. What worked a year ago, may not necessarily work tomorrow. It’s also fascinating how the style has rudimentary techniques that have required little to no change since the styles birth almost a century ago.

Before You Enter Our Mats, You Will Need…