Our Little Ninjas program focuses on providing an environment where children of age 7+ have the opportunity to be introduced to the sport of Jiu Jitsu by learning the very basics of the sport. This program has been proven to be very effective when correcting motor skills, hand-eye coordination, discipline, and attention to detail. Brazillian Jiu Jitsu is a non-striking sport, but very effective when neutralizing an attacker and submitting him to surrender. This particular feature has become very effective and preferred by parents whose children had to defend themselves from a bullying situation. In the majority of cases, the child was able to defend without ever throwing one single punch. Thus making it a safe solution to what could have been a violent attack. Most of our Little Ninjas eventually graduate into the youth groups and some move on to the adult ranks to become masters of the art. BJJ is a rewarding sport and extremely active. With the increasing child obesity problem we face today, your child will not have a problem as long as he/she is engaged with the sport. Competition is not mandatory, yet highly recommended. It gives the child a reward for their hard work and the confidence that they learned something that works. At the same time, they will face losing many times and will get used to the concept that one must remain humble and learn from a loss. In our Little Ninjas program students will learn to: 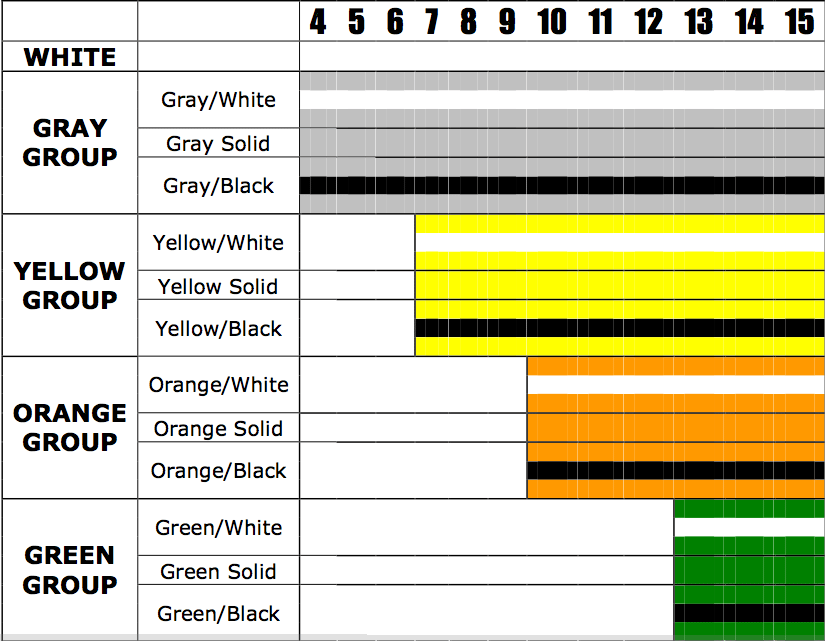 In our Youth program is designed to build the foundation of Brazilian Jiu Jitsu mastery. T^he program follows the youth belting system. As oposed to other traditional martial arts, Brazilian Jiu Jitsu does not warrant black belts to youth. Jiu Jitsu was designed to be effective and a child could never be effective enough against an adult. As they continue to learn, they will build an extremely solid foundation of experience that will set them apart from other blue belts once they are ready to promote into the adult ranks starting with the Blue Belt. Only 3% of the Brazilian Jiu Jitsu community has reached the rank of Black Belt. Only those who adopt Jiu Jitsu as partner in life reach that rank. Starting as a young athlete certainly improves the chances of your child becoming a Black Belt in Jiu Jitsu one day. The following chart describes the ranking system from age 4 to 15. The child must be of age to promote to that rank, but it will not be an automatic promotion. Even if the child is of promotion age, he or she must prove he/she can perform the techniques confidently and in a live grappling match with another student of similar rank. The same process will be done at 16 years old. If the young grappler performs to satisfaction, he or she will enter the adult ranks of Blue Belt (skipping the White Belt rank).

Basic Equipment You Will Need