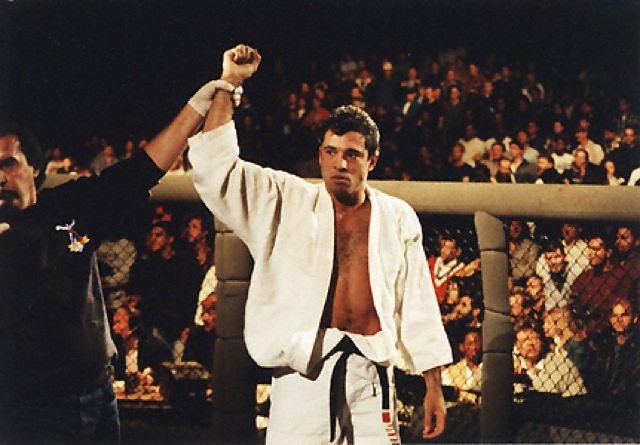 It is difficult to determine the origin of MMA as a sport considering that MMA is not a single discipline sport, but a combination of different martial arts disciplines that have ancient origins. It is said the first record of a mixed martial arts combat dates back to the Classic Greek era that existed during the ancient Olympics. The sport was known as Pankration and it consisted of a no-holds barred combat where two fighters would fight on their feet using strikes as well as on the ground using wrestling and strikes as well. The sport became an attraction within the Romans and Greeks as they integrated it in the Gladiator games and added weapons and wild animals to the mix. The attraction was mainly a match to the death and did not require a person to have any specific qualifications to be involved in it. Many of the Gladiators were slaves and criminals condemned to compete for their freedom or retribution for their crimes. In 1920, a sport known as Vale Tudo started to rise in the ghettos of Brazil known as “The Favelas”. The term Vale Tudo, which means “Everything Goes” in Portuguese, consisted of two participants to engage in a bloody bare knuckle fight with barely any restrictions. This meant: no gloves, no referee, no points system, no weigh divisions, no judges, no safety rules, no corner, and no medical supervision. There were three main rules – no eye gouging, no fish hooking, and no groin strikes. As Vale Tudo became increasingly popular, it was introduced to the United States in 1980 as the “Tough Guy Contest” in New Kingston, Pennsylvania. The event became a social uproar because of the brutality displayed during the fights. In 1983, the State of Pennsylvania prohibited all Tough Guy Contests and Battle of the Brawlers contests. A decade later, in 1993, the sport was re-introduced by Brazilian native and Brazilian Jiu Jitsu fighter, Royce Gracie as the Ultimate Fighter Championship. The approval came with a condition that a set of rules were to be set as to make it more of a sport event rather than a brawl. Over the years, other venues in other parts of the world were created, such as Pride Fighting Championships, Strikeforce, WEC, and Bellator. Most of the styles displayed today in MMA, and styles in which every competitor is expected to be knowledgeable in are: Boxing, Muay Thai, Karate/Tae-Kwon-Do, Wrestling, Judo, Brazilian Jiu Jitsu/Submission Wrestling.

MMA As Self Defense 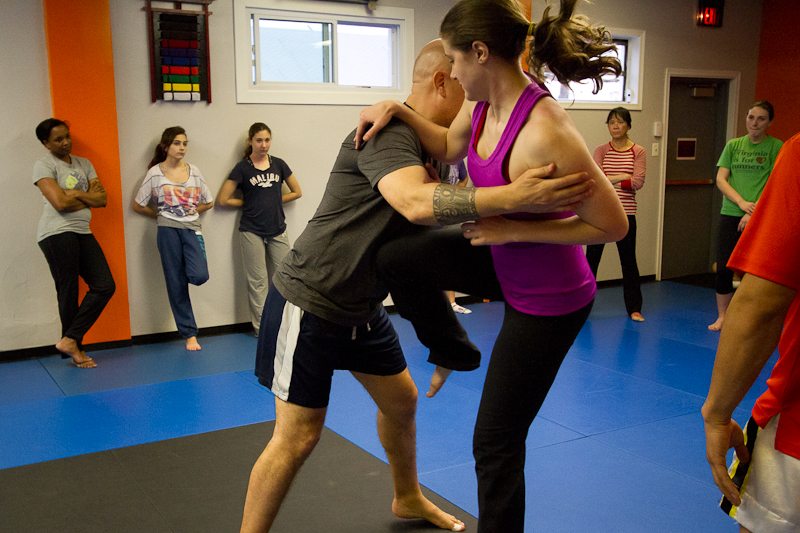 Self-Defense is, in essence, as real as it gets to a Vale Tudo fight. When a person is attacked, there are no rules or regulations, and in many occasions, it can be life threatening. For many years, people adopted single martial arts as a form of self-defense. For example, in the 80s, with the increasing popularity and influence of Bruce Lee, many practiced Karate and Kung Fu as a form of self-defense. Others opted for boxing as they were more inclined to more punching and less kicking. And for many, wrestling was a safer way to transition to the ground and defend themselves there. Unfortunately, because the nature of a live fight cannot be predicted, none of these arts alone offered a solid or consistent form or self-defense. Wrestlers, Judokas, and Jiu Jitsu practitioners were being outstroke, and strikers were being subdued in ground finishes. And, so people started to look more into MMA as a more complete system that will allow them to defend themselves on their feet and on the ground. Naturally, the first line of self-defense is to comply with the attacker and surrender if possible. No martial art in the world can defend you against a weapon, especially when the weapon holder is skilled with it. This concept applies to firearms and knives alike. On the other hand, no other system can protect you more from further injuries than MMA should you have no other choice but to defend your life. Today, many organizations, such as military forces, law enforcement agencies, rape prevention organizations and correctional facilities are adopting MMA as a hand-to-hand combat training to perform in their line of duty or to protect themselves from aggressors. To say that you will most likely never need to defend yourself is not very accurate. Most women being attacked did not expect it and most knew their aggressors. Domestic abuse is a perfect example of being attacked within the safety of your own home. MMA for self-defense is modified to employ techniques that will otherwise be illegal in a sport event such as groin strikes, eye gouging, throat strikes, and more. You should never attempt to practice these techniques without the presence of a certified instructor and you should never try them on a training partner without prior training or supervision.

We understand that not everyone is interested in competing or making a career out of MMA. In many cases, people choose to train MMA as a weight management tool or self-defense. We will never encourage or require from any of our students to engage in an actual fighting event. If the student so chooses, we will take according action and tailor the program for that student to help him win. For most students, MMA will be taught purely as a self-defense system and athleticism.

Basic MMA Equipment You Will Need